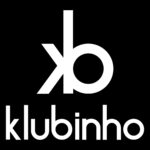 In this new Klubcast, our special guest is Nes! (@nes_music) the alter ego of London-based DJ and producer Romulo Pierotti.

As a member of Locomotion, he had the opportunity to play in major events and clubs such as: London Club (Londrina-PR), Sunset Session (Santa Maria-RS), (Rio de Janeiro-RJ), Earthdance (Curitiba-PR), among others and was on the same line-up as big names in electronic music worldwide.